The Best Cars And Trucks We Drove In 2016
Jalopnik, December 23, 2016
Much like kicking Anakin Skywalker into a river of lava, we end 2016 with some bittersweet memories of the good times in between the bad. Yes, we do march into an impending dystopian future, but we drove some nice cars on our off days.

HotVWs, December 2016
Desert Dingo Racing gets a shout out in the HotVWs feature on the incredible build of John Mofidi’s Baja Bug. Both were overseen by Wallentine Motorsports.

Here’s Some Great Behind The Scenes Pictures From The $3.2 Million Opening Of The Grand Tour
Jalopnik, November 18, 2016
I think for many of us, it was the $3.2 million opening scene of The Grand Tour that really made the show. Following some cranky, paunchy Englishman from a wet London cab across an ocean, into a crazy modified Mustang, and then into the desert, where he’s met by a flotilla of amazing, insane cars, was perfect. And we know someone who helped make it happen. 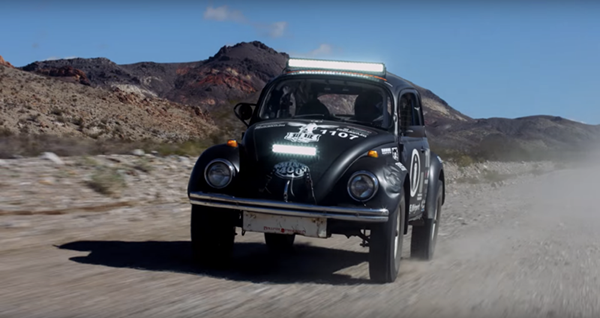 How To Watch The 2016 Baja 1000 And Who To Root For
Jalopnik, November 18, 2016
Thousands of rich rednecks, uh, I mean, “off-road enthusiasts” are descending on Mexico’s Baja peninsula this week for the 49th annual Baja 1000– a race of epic proportions in a beautiful setting featuring readily available tacos. Here’s how to check it out, and who to pay attention to if you’re a new spectator.

Go To Death Valley If You Want To See Secret Prototypes
Jalopnik, August, 26, 2016
There’s nothing quite like Death Valley to shake down a car. Not only is it the hottest place in the United States, but the twisty park roads and scenery are quite lovely—so long as your car works. So, naturally, we saw quite a few automotive testers when the LeMons Rally took us straight to Car Hell. 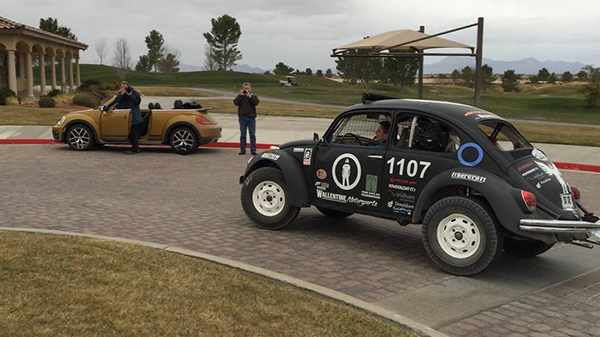 We go rogue in a Class 11 Baja Bug
AutoWeek, January 14, 2016
The whole trip was looking pointless even by the admittedly freewheeling standards of press trip pointlessness. My esteemed colleague, Ryan Beene of Automotive News, and I were dutifully plodding through the Nevada desert in — brace yourselves — a Volkswagen Beetle Dune. Yes, this was the low point of the new year so far in terms of newsworthiness. The current Beetle hasn’t exactly been a hit for Volkswagen — the beleaguered company sold just over 13,000 Beetle coupes in all of last year, down by 25 percent from the year before. So in an attempt to move even a handful more, VW came up with a trim level called “The Dune.”

Driving a Classic Baja Bug is a Scary, Heavenly Experience Everyone Needs to Try Once
The Bold Ride, January 13, 2016
It was about 44 degrees, and nearly freezing rain and unnecessary amounts of wind were pelting me from every angle. I was exposed to the elements, and the only thing between me and the pavement was a dented up 1969 Beetle so high off the ground I could nearly see the Vegas strip from the middle of the desert.